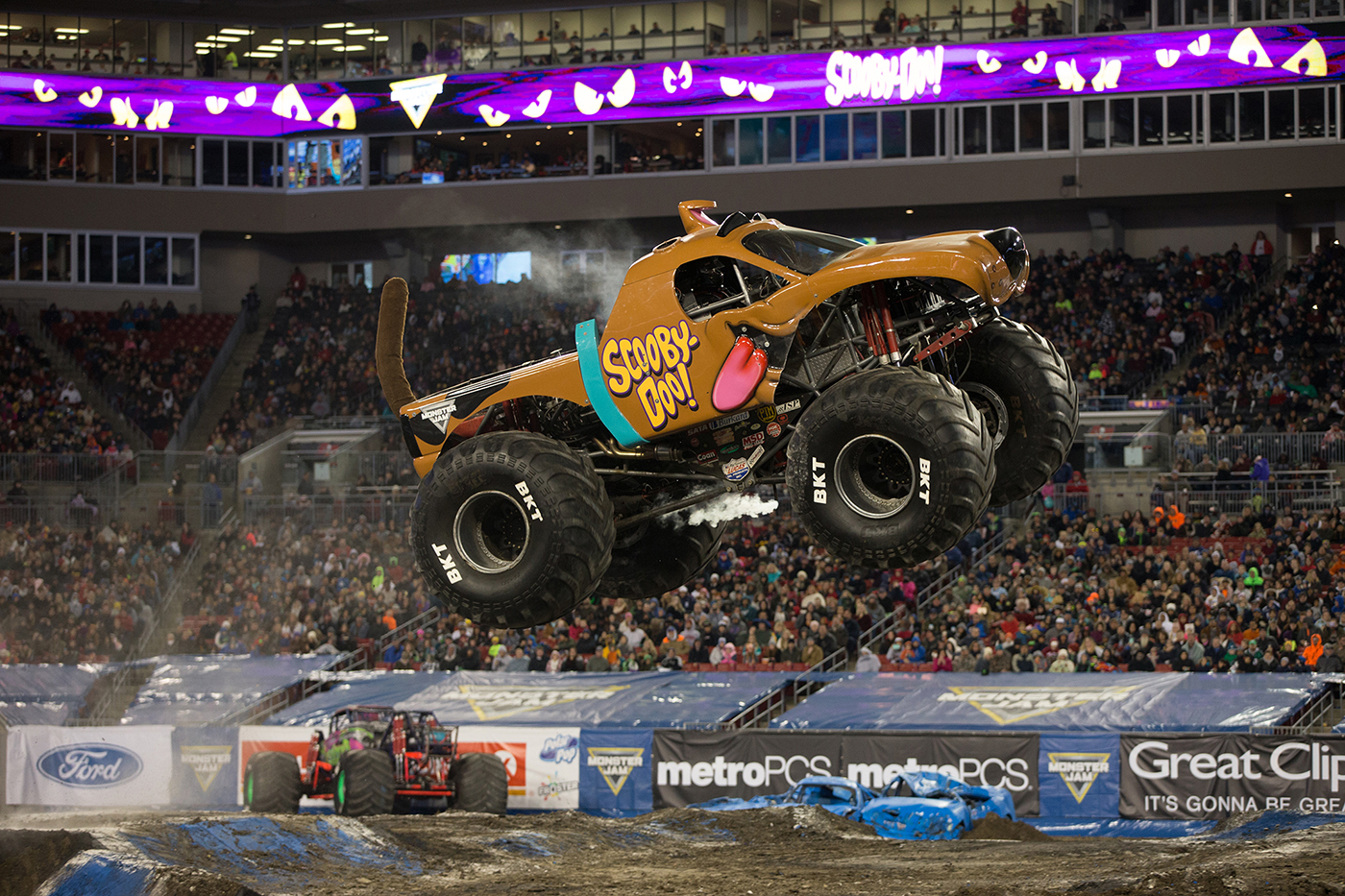 Monster Jam made its return to Oklahoma City at the Chesapeake Energy Arena early February for three action packed shows! Monster Jam showcases an impressive mix of skills that their drivers have – 12,000 lbs truck with 1,500 hp, throwing their bodies around little racing quads, and maneuvering UTVs within inches of each other – all inside the ‘Peake, no less.

Kicking things off, Scooby-Doo’s driver Myranda Cozad had a great first event in the race around the track and earned herself a nice birthday win! It was really great to see the Scooby-Doo team have all women drivers. Great for the sport!

Of course, the healthy competition between arch rivals Grave Digger and Maximum Destruction was very evident and left everyone wondering who would take victory throughout the show. Max D had some trouble with his truck early Saturday, but was able to come out later for another go. But despite Max D’s best efforts, Grave Digger won the 2-wheel skill event and the freestyle. Once again, a crowd favorite!

The Zombie truck was BY FAR the best design! The bouncy zombie arms, the crazy face on the hood, and the zombie juice appears to be dripping off all sides of the truck makes for a fun visual. The arms sticking out bounce around like a flesh-eating zombie from the old classics!

The events were quick and not obnoxious, which was nice for families with little kids – great planning on Monster Jam’s part to keep the crowd engaged. Another great addition this year was the voting app for fans to vote on each contender. It was exciting to be able to contribute to each athlete’s fate for the evening!

Monster Jam continues to be a family favorite year after year, and attending once will have your kids hooked. As for OkieDads, we’ll be ready for these trucks to make their return to Oklahoma City once again. 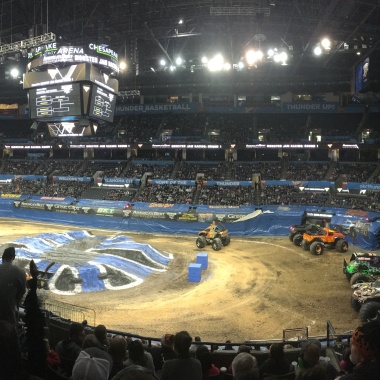 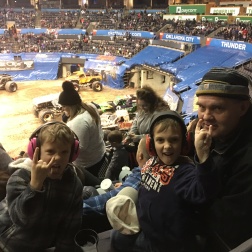 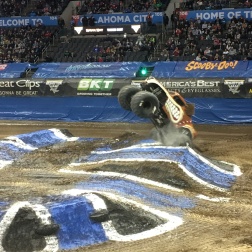